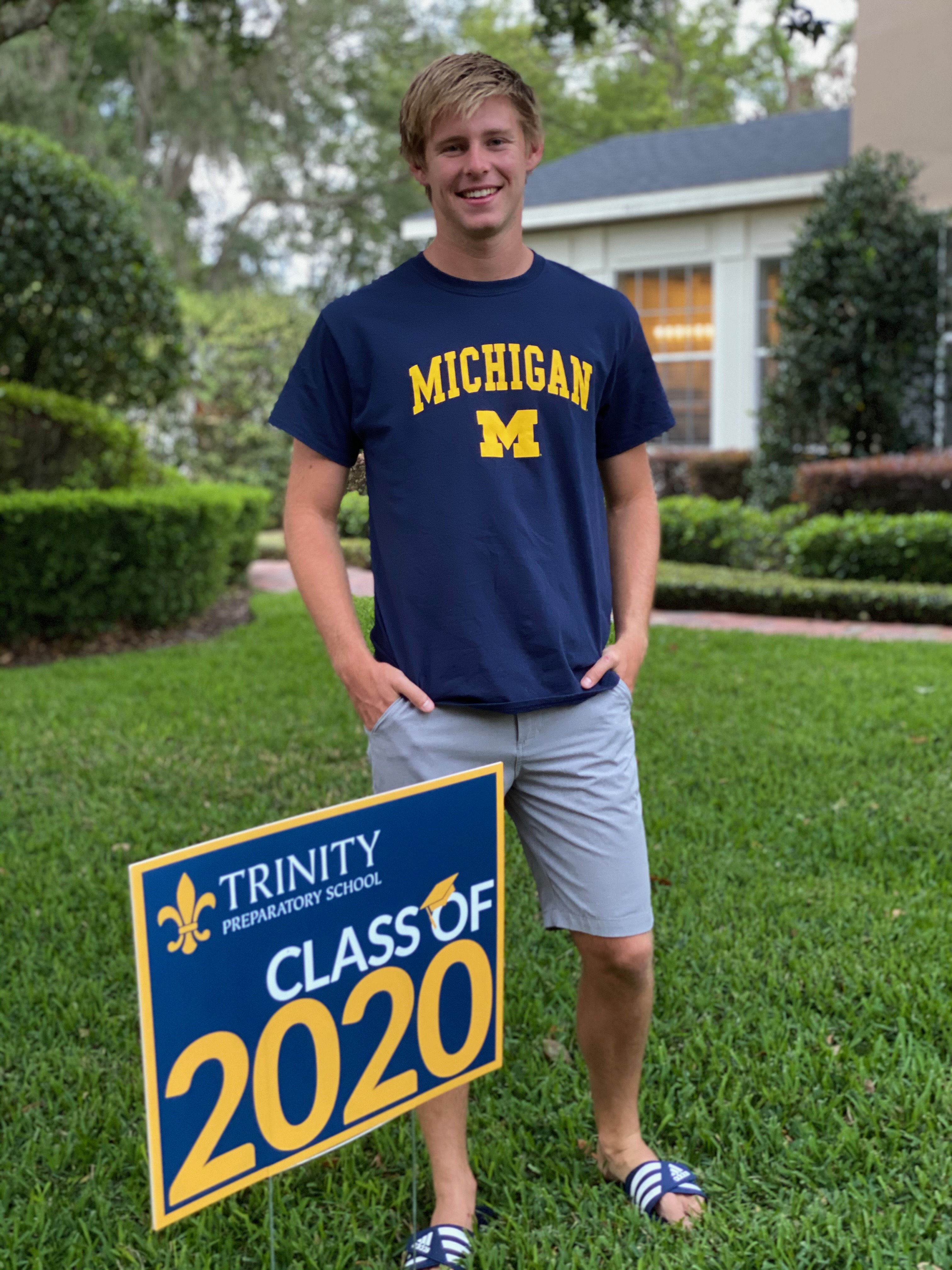 Trinity Prep Senior Aidan McLaughlin has been named one of 621 semifinalists in the 2020 U.S. Presidential Scholars Program. The semifinalists were selected from nearly 5,600 candidates expected to graduate from U. S. high schools in 2020.

Scholars are selected on the basis of superior academic and artistic achievements, leadership qualities, strong character and involvement in both community and school activities. A distinguished panel of educators reviewed the submissions of the nearly 5,600 candidates and selected the 621 semifinalists including 31 semifinalists from the state of Florida.

The U.S. Presidential Scholars Program was established in 1964 to recognize some of our nation’s most distinguished graduating seniors for their accomplishments.

Annually, up to 161 Presidential Scholars are chosen from the semifinalists, representing excellence in education and the promise of greatness in America’s youth. Those will be announced in May and they will be invited to Washington D.C. in June for a recognition ceremony as well as a variety of events and activities.