In July, senior Alex Balfanz released a game he created called "VOLT," a three-dimensional, multiplayer game with over 1.5 million players after its release, that was inspired by the movie "Tron." The goal of the game, like in the movie, is to get as many avatars as possible to crash into the light trail, which extends from the back of the player's bike, and there are ramps and obstacles that the player can use advantageously. Over the past year, Alex has been collaborating with a music composer, a 3D modeler, a graphic designer, and a game designer to perfect and develop his project.

The game took over 15,000 lines of code, and he created an additional analytics web system, which collects statistics about how people play the game on a macro scale in order to maximize profits. "We quickly knew we could continue this project because everyone we showed it to loved playing it," said Alex. "Soon I hope to license this piece of software to other developers." Alex uses microtransactions to fund the game. He sells an in-game currency that people can spend real money on or earn by playing. With the currency, people can upgrade items in the game.

Alex fell in love with programming at age eight, and took AP Computer Science A his first year at Trinity Prep. Competing in programming competitions against other schools exposed him to different and fun aspects of computer science. Alex plans to pursue business in college and has developed a growing interest in machine learning and artificial intelligence.

"Trinity Prep as a whole has helped me a lot," said Alex. "The work ethic that surrounds Trinity Prep is very strong. Having a strong work ethic keeps me focused on a single project for long periods of time. I have a passion for learning new things, and I think the school plays a role in this passion, too."

Soon after the publication of his creation, Alex was invited to an annual game development conference in California, put on 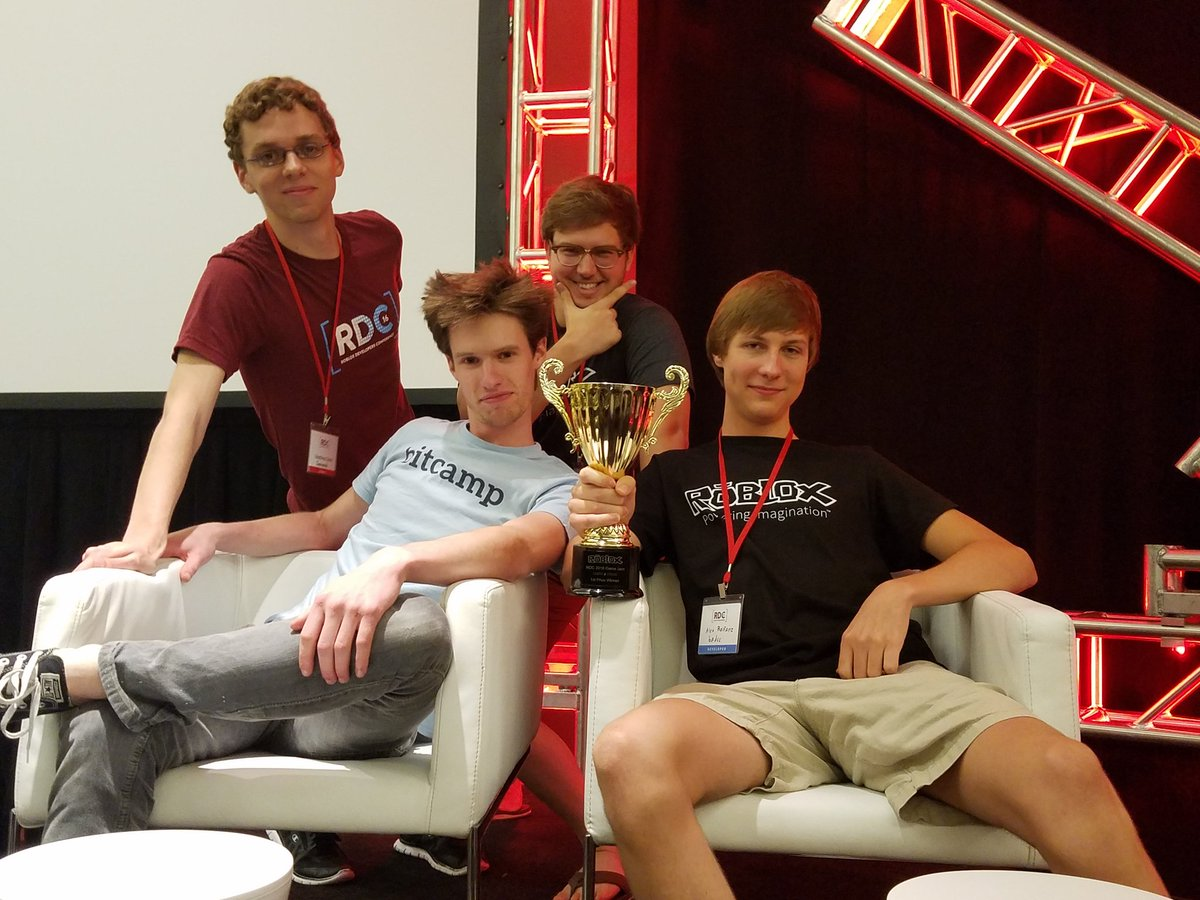 by the ROBLOX Corporation, which creates the underlying game engine that "VOLT" was built upon. He was also personally invited to be interviewed during a developers' showcase, broadcast live on Twitch.TV, a live-streaming video platform, in front of thousands of viewers. Out of the millions of people who work with the ROBLOX corporation each month, Alex was one of only 260 people invited to this conference and one of the only ones selected to tour their headquarters and meet the CEO, administration, and engineering teams. On the last day of the conference, ROBLOX held a gaming competition, where the competitors split into about 50 teams of five and had four hours to create a tech demo that would be presented in front of a panel of judges. Alex won first place in the competition and was awarded a trophy as the core contributor.

"Alex is innovative, talented, and ready to do great things!" says his college counselor, Dr. Stephanie Dryden. "It's really exciting to see him have this success."

The game can be played on the Roblox website.