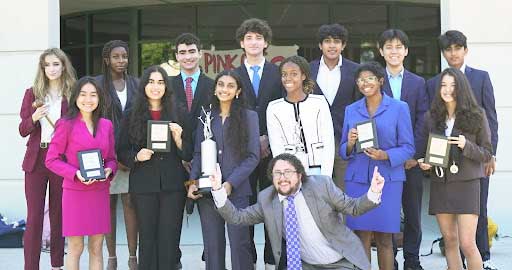 Forensics offers something for everyone.
Speech and debate have over two dozen unique events, ranging from memorized poetry presentations to make-it-up-as-you-go political discourse. Sure, debate is great for aspiring lawyers to hone their skills, but Mr. Gaddis pointed out that forensics gives students a unique opportunity to explore events that interest them.

"That's one of the great things. What we learn in speech and debate sets us up for a variety of careers," he said. "A lot of people assume you have to pursue acting if you do interpretive events, but speech teaches those auditioning skills and publicly putting yourself out there."

For students in any event, forensics boosts their confidence and public speaking capabilities.

"A lot of people think it's nerdy kids talking about nerdy things, but it's so much more than that," Mr. Gaddis said. "It's trying to solve real-world problems with real solutions." 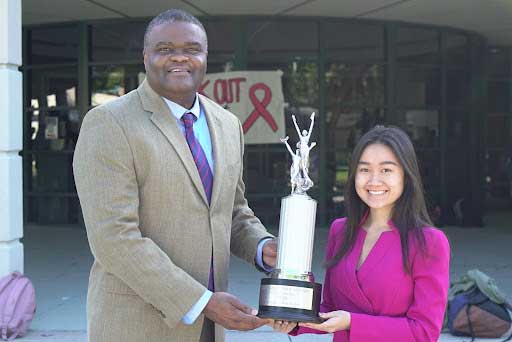 Students literally think on their feet.
Quite a few forensics events don't involve memorization at all. Speech events like extemporaneous speaking and impromptu give competitors a limited window to get a topic, research and outline a speech, then deliver that speech to complete strangers. Mr. Gaddis noted that fast thinking is one of the most important skills picked up from forensics.

"Certain speech events teach you to find the answers you need and react with people and deal with people in real time," he said. Mr. Gaddis mentioned that the skills he used throughout his 17-year career in forensics still serve him to this day.

"I can structure an argument and process information using the same skills I learned doing extemporaneous speaking," he said. "These strategies help students in school and college and when they find work."

Forensics offers critical skills hard to replicate in other extracurriculars.
Problem solving and teamwork are hallmarks of most extracurricular activities. However, forensics puts a twist on critical thinking: students solve real-world problems as they go. Debaters aren't asked to argue a point until they win out; they have to hold opposing ideas at the same time and weigh their competitor's arguments against their own. In certain styles of debate, students work with a partner to deconstruct and quickly reconstruct a case in response to their opponents.

For students who want to pursue acting, interpretive events help them become acclimated to auditioning. Whereas theater departments might hold one or two nerve-wracking auditions each semester, speech tournaments have students perform the same 10-minute piece five or six times in a weekend. This gives aspiring actors practice in presenting over and over again to fresh ears.

Forensics also keeps students evolving in their craft. Unlike other extracurriculars, students who participate in forensics get fast feedback. Most students will see all their judges' ballots from a tournament, spend time adjusting their presentations, and then improve for the next week's tournament. 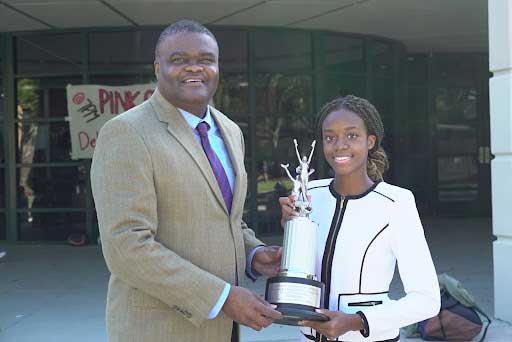 The camaraderie can last a lifetime.
Forensics tournaments bring competitors together from all over the country. Students specialize in certain events for a season, and they're likely seeing the same competitors time and again at tournaments. Getting to know students from around the nation (and even the world) is a unique experience to speech and debate.

For Mr. Gaddis, seeing Trinity Prep students excel and reach goals at state and national tournaments motivates him as a coach.

"The best part of getting to work with individuals [at speech and debate] is to help them achieve their goals, desires and dreams," he said. "It's great to be that sounding board to get them moving where they want to go in their event and in the season."

From forensics to football, fueling students' desires and creating practical ways to help them reach their goals are what the Trinity Prep faculty love to do. Discover more about Trinity Prep's history-making forensics team. To learn more about what Trinity Prep offers students, inquire today.