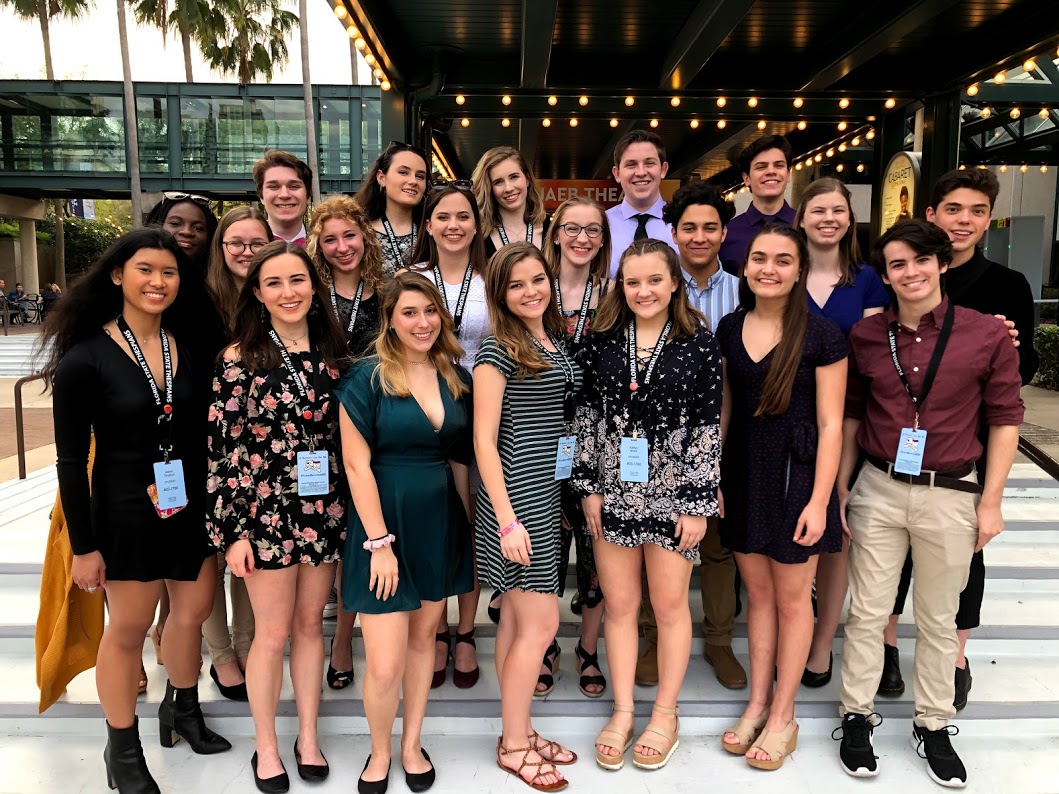 Twenty-one Trinity Prep students from the Thespian Troupe 1780 represented Trinity Prep at the State Festival in Tampa March 20 to 23. In order to attend the state festival, all participants had earned superior ratings at the District Festival last fall.

Our one act of the play “The Curious Incident of the Dog in the Night-time” that had won at the District Level earned Trinity Prep another superior rating. Trent Bangle’s costume design for Medea, that had won Best in Show at the District level, also earned a superior rating. Other events: large group musical, small group musical, ensemble acting, monologues, and play-writing all earned excellent ratings. The students attended classes, workshops, and performances, and connected with students from across the state.

If you missed seeing a performance of “The Curious Incident…,” or would like to see it again, please plan on seeing it when they perform at the Orlando Fringe Festival in May. They will be in the Brown Venue, inside of the Orlando Shakespeare Theatre on Friday, May 17 at 5:30 PM, Saturday, May 25 at 8:45 PM or Sunday, May 26 at 1:15 PM.